There are many encryption algorithms that encrypt data in fixed-size chunks called “blocks.” Because they encrypt one block at a time, they are called “block ciphers.” One of the most well-known block ciphers is AES.

The size of a block is relatively small. AES’s block size, for example, is just 16 bytes.

The mode of operation for a block cipher is the way in which it encrypts data larger than its block size.

The most basic mode of operation for a block cipher is to just encrypt each chunk serially. For example, to encrypt an image file that was 16,000 bytes long using this approach with AES, one would first break up the file into 1,000 16-byte blocks and then encrypt each block using AES. This mode is known as “Electronic Code Book” mode, or ECB.

You should NEVER use ECB. The only exception is to test if a cipher is working correctly using something like, for example, a Known Answer Test. 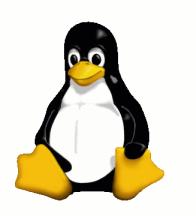 And here is that same image “encrypted” by ECB mode.

These modes of operation are not limited to any specific cipher but rather can be applied to the common block ciphers in use today such as AES, Twofish, and Serpent. They are also used with legacy ciphers (that are no longer safe and should not be used) such as DES. The common naming scheme is to use the name of the cipher followed by the name of the mode of operation like, for example, AES-CBC, Twofish-GCM, etc.